Do you know what the “single biggest health issue” was on Day 2 of Lollapalooza?   Bursting bloody eardrums?  Crushing bones in the mosh pit? Dehydration? Drug use, perhaps? Nope.   It was none of these.

I have to admit I was surprised. But according to Chicago Tribune’s Greg Kot video review,  it was…foot blisters.

They’re a music festival menace to be reckoned with.  Not wearing the right footware can turn a fun, pleasurable festival into one big,  juicy and ripe for the popping painful puss bubble blister.

Believe me, I know.

I’ve had them before when I covered Lollapalooza. And it seems that, yet again, the unfortunate build up of puss and mucous on the surface of the feet of roving music fans kept the first aid staff at Lollapalooza 2009 busy.  Do yourself a favor and keep your festival feet happy and healthy here and plan ahead for your next festival here.

But fan’s feet (and sense of touch) weren’t the only senses under attack.   Kot’s ears where under attack, too as he reports that Animal Collective’s set was making him drift into disappointing oblivion.

So, according to Kot (and I agree) when you go to a festival make sure to a) wear a comfortable pair of broken-in shoes and no flip flops and b)  stay away from Animal Collective until they’ve mastered their live show a bit more and can translate the beauty of Merriweather Post Pavilion into a worthy performance.

No, I didn’t forget to mention that a 39-year-old man died on Friday at Lollapalooza.  I’ll be doing a separate post about the tragic occurrence and take a look at some of this year’s live concert deaths (sounds like fun, eh?). 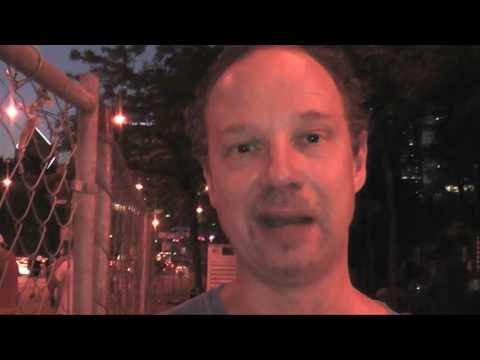