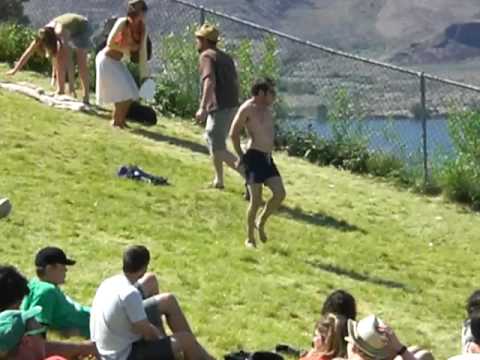 Santogold’s “Unstoppable” is a great song. And I don’t doubt its power to ignite a massive live concert swarming dance party.  And it’s a great anthem for this story, too.

But when I first watched the YouTube video from last month’s Sasquatch Festival where this “Dancing Guy”  starts a dance party during Santogold ‘s “Unstoppable,” I too was inspired like all the other who watched the video.

But after watching it several times I began to wonder if it was really real. I wondered if it was staged.

Why would I wonder this?

Well, first off, having been in concert crowds at festivals before, I’ve seen guys like this Dancing  Guy before.  And rarely does anyone else ever rise to their feet to join them like the swarm of people did with this guy.  I always wished someone would but it never happens like this.

So as I viewed the other YouTube videos that captured the Dancing Guy ten minutes before and during the Swarm, I noticed that the response seemed to be more on the artificially manufactured side. And I wondered if a crafty fan was creating their own live concert fantasy for their own person kicks and or to create a thrilling YouTube effect.

The other things that make me think this might not be a true fan response are case studies in  social psychology, community psychology and other socialogical documentation of  human behavior, specifically things like social loafing and the bystander effect documented in the 1964 Kitty Genovese murder case. All these studies of group behavior show that group reactions like the swarming fan response to the “Dancing Guy” seem a bit odd and fantastically manufactured.

What I’m going to do is try to contact the makers of the videos below to see if what I thinking is true or not. (I’ll keep you updated)

Because one thing  I do know is that videos like these, even though they’re very inspiring to watch, just seem weird because they create a false reality that appears “manufactured.”

Again, I’m not hating on anyone or trying to be a buzz kill. I’m a huge fan of Santogold

and I fully support any healthy, genuine and spontaneous explosion that expresses joy and pleasure. I’m just questioning the masses  because this was so oddly fantastic and different from normal fan behavior I’ve seen at concerts.

And if this is a true and actual spontaneous concert fan response caught on video, then what we have here my friends, is a true live concert phenomenon that we should treasure and think about recreating more often at concerts.

What do you think about how your concert behaviors influence others?  Have your ever thought of joining, or emulating, the “Dancing Guy?”

Here’s two of the videos that I watched.  Tell me what you think.

The Dancing Guy Before the  Swarming “Dance Party”: 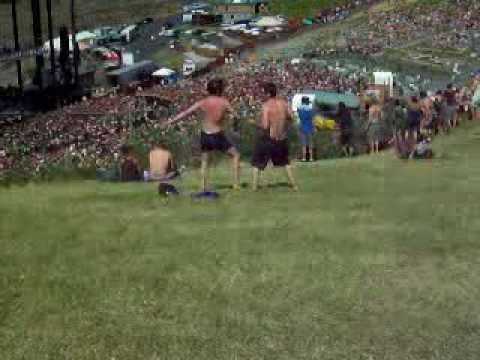 The “most watched “Dancing Guy” video: