When Pete Townshend did it,  it was considered innovative and brilliant. Jimi Hendrix made it a burning and majestic work of art. And both used the destruction and torching of their stringed instruments as a final climatic surge, culminating their performance into a massive swell that released theirs and the crowd’s emotional inertia.

But this was not so for singer-songwriter Andrew Birdas Chicago Tribune pop critic Greg Kot reports on Bird’s concert at the Civic Opera House in Chicago last week.

” Tragedy struck Thursday in the first of two sold-out Andrew Bird concerts at the opulent Civic Opera House. Bird’s musical weapon of choice – his violin — was mortally wounded when it slipped from his hands near the end of the show, crashed to the stage and cracked in two.

“How about this, huh,” he said as he gazed up at the packed balconies. “I always wanted to play here, but I never thought I could.”

My heart just about broke in two when I read this review. Having seen Bird perform a few times before I couldn’t imagine being there to see such a awkward moment of unfortunate heartbreak and destruction.  Bird performances blend beauty and tragedy,even without him having to smash his violin after every show. The way he melds jazz, rock and classical music into a  swirling cerebral symphony can create an emotional rush and release  for  any live music pleasure seeker. Every Bird show I’ve been too, I’ve wished it wouldn’t end.

But the feeling in the Civic Opera house must have taken on a new feeling of sadness and pain for Bird and his violin, adding a new dimension to his already emotive , cathartic and passionate performances.   This fan footage (a mostly audio video below) captures the vibe as the crowd  and Bird travel through an awkward state of sympathetic shock and awkward giggles and shout outs when the violin crashed to the floor during “Fake Palindromes.”

Were you at the Civic Opera House that night when the violin broke in two?  Did your heart shatter, too?

If so, I’d like to know how you felt and how the performance changed for you. 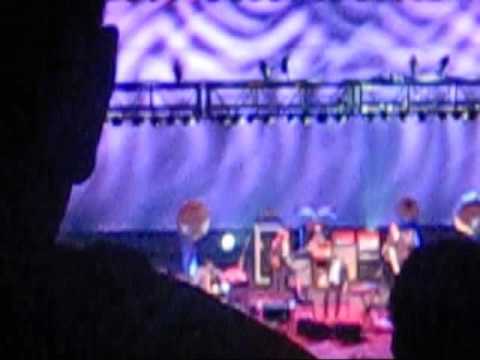