I wanted to share this article I came across last week. It’s written by Chicago Independent Music Review and it focuses on a crucial aspect of live performance I’ve always thought about during live shows.

It piggybacks on a thought the writer had after reading an interview where Radiohead’s Tom Yorke reflected on a conversation he had with REM’s Michael Stipe after the release of OK, Computer.

“the expressiveness of a performer can never be reconciled with the consistent need for adoration/ feelings of inequity that undeniably come with the territory. In other words, it is a razor’s edge that the songwriter walks – having to bare one’s soul to the world while praying that the exorcism is thoroughly enjoyed, accepted, and shared by those who may not have the slightest understanding of the experience. To speak even more plainly, to be a rock star, you must be absolutely confident in what you do but, be completely insecure with the broken experiences and shifting reality you’ve created. This creation is a direct cause of massive anxiety and introversion, being that by most definitions, your “art” is defined by how many other people enjoy it. So the challenge, the standard as to what is “good” in opposition to that which is “great” would be the singer/songwriter/performer’s ability to be in two places at once, absolutely sure that they are unsure – this tiny, curious grain is completely instrumental to relating with an audience – and it can’t be taught, there are no lessons to learn it, only an ability that most don’t have, but all can see.”

The article elaborates on the truth that, as songwriters, artists take a massive risk.

What risk is that, exactly?

Well, as the writer points out, when an artist writes a truly expressive song, that song is inspired by a deeply emotional event. And in a live setting it’s almost impossible to truly convey that experience and have the audience understand that experience in its entirety.

So, as Stipe points out to Yorke, artists either do or don’t have the ability to overcome the fact that the complete meaning of a song won’t fully “connect” with an audience, or worse the meaning might be misunderstood.

The part I love about this short article is how it speaks to the fact that the audience might not get the entire meaning of the emotional outpouring. And that, ultimately, the song that the artist created alone in their “bedroom” with such deep meaning is now, destined to “be defined by how much other people enjoy it.”

But can a song really change, or lose, its meaning based on how a crowd responds to it live?

This really made me rethink my take on songs being used in commercials, especially after I heard the Smashing Pumpkins “Today” used in a Visa commercial recently.

This article made me rethink how the same thing happens when a band gives their song to be used in a commercial. Both live performance and commercial use take a certain amount of willingness on the artist’s part. And in both cases, the song and the emotions behind it, are undergoing a similar emotional reskining, or in extreme cases, a complete emotional rewiring.

It’s hard to face that fact that there are similarities between the two, but the truth is that very rarely will a crowd tap into the exact set of emotions an artist conjured to create a song, whether it’s during a show or while watching a commercial.

What usually happens is that, at a show or at home, a fan ends up somewhere in the ballpark of the songwriters intended emotion depending, of course, on what the fan’s emotional state is like during the show, or how the song is used in the commercial and what they’re selling.

Then, whether the artist is ready or not, the fan is now in complete control of the song’s emotional steering wheel. And that’s a huge risk for any creative person to take.

But does this emotional transition impact really change the “meaning” of the song. Is the song still the same? And does the audience know that they have that much power over the artist?

It’s hard to think that a band’s performance can be so open to interpretation and end up being so far from its intended meaning and original emotional epicenter.

But as Tom Yorke reflected on the advice from Stipe, this is the risk a songwriter takes when you decided to share your art with the world.

I’ve told many people that whether or not I think their music is good or not, I respect all musicians these days for many reasons and one in particular:

Being an artist in this day and age not only involves the risk of having your music emotionally reskinned, or completely rewired by a live audience, but, in the age of The Long Tail, there’s also the risk of going through the whole songwriting process and never having the chance to play in front of an audience at all.

In short, as an artist, you give up a lot when you decided to move from the safety of the bedroom to the uncertainty of the stage. So you best be ready for the challenge.

I’ll leave you with one of my favorite Wilco songs “What Light.”

There’s a couple verses that always choke me up when I hear it.

Because the truth in these verses speaks directly this topic.

And I think this fan gets the point. But how about you? 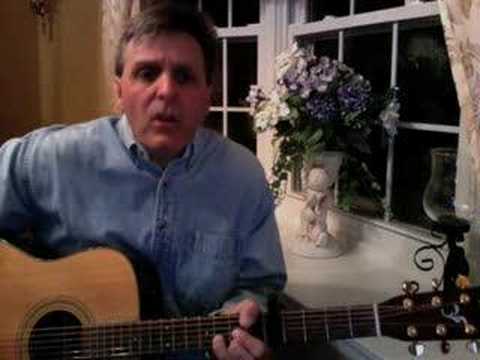