Though their not the first American rock band to cause a raucous in foreign countries, this January story about Atlanta garage-rockers Black Lips cancelled tour got me thinking about how foreign countries respond to and govern the live music experience.

I first got to know the Black Lips when I reviewed their 2007 live album from Tijuana Los Valientes Del Mundo Nuevo. The energy from that recording made me wonder what their show might be like.

Listening to the album also got me wondering if what type of impact a band like the Black Lips would have on in a foreign country that might not embrace their crazy free-for-all live show.

So when this story about their Indian tour disaster broke in late January I took a closer look at how live music is governed in strict foreign countries like India and how local authorities, and fans under their rules, respond to a live show by the Black Lips. I wanted to see if there were other reasons that caused the disaster.

This SPIN interview gives a first-hand perspective of what happened and how the band had to high-tail it out of the country in order to avoid arrest for “exposing themselves” and “promoting homosexuality;” Outrageous antics that have gotten them in trouble before in other countries.

And had the band done a bit of cultural research on several of their India tour spots before the tour, might they have learned that several cities in India have been faced with a recent “clamp downs” on live music?

But was it all the fault of the Black Lips?

With the live music experience being oppressed in these Indian cities, maybe it was a case of fans in certain cities releasing and rebelling against the forced live music oppression.

At a few points, the SPIN interview mentions that it wasn’t until the band was “a little better received” in Chennai, where they played the Campus Rock Idol showcase at Sir Mutha Venkata Subbarao Concert Hall,” that they began to get themselves in trouble with the Indian law.

I’ve seen bands do some pretty asinine things on stage just because they don’t know what to do with their emotional anxieties or they’re afraid that the crowd wasn’t digging their music.

So maybe it was a combination of India’s oppressive “clamp down” on live music actually and the Black Lips lack of foreign audience awareness that contributed to the Black Lips display of “illegal behavior”?

Since I still haven’t had the chance to see them live, I won’t officially say that’s the case with the Black Lips. But according to the videos and new reports, there seems to be a correlation between the crowd response and the Black Lips needing the fan response. Together the two might have been the spark that lit the fuse.

Figuring out what made the Black Lips do what they did will take some time to figure out as the their U.S. tour roles on and the India Tour documentary gets released. And whatever those reasons might be, this story by itself brings up some very interesting cultural, psychological and sociological questions for us to consider.

Do bands and tour managers—who don’t want to lose money if a tour is cancelled–invest in cultural guides to brief them on the moral and cultural climate?

This story received a fair amount of press. And when I watched watching the Vice records YouTube videos, I started to wonder if this whole thing was a crafty publicity stunt or just a case of an organic and intriguing live music cultural case study.

Keeping an eye on other live music culture clashes, in future posts I’ll take a look at the 2008 documentary film Heavy Metal in Baghad to see how Iraqi metal band Accrassicuda dealt with their own cultural oppression.

But for now let’s talk:

Hey fans:
Tell me if you’ve see the Black Lips live and what your experience was like.

Do you live in a culture where your live music experience is or was oppressed?

Have you toured a foreign country and learned about the cultural differences the hard way? Or did you take time to educate yourself? 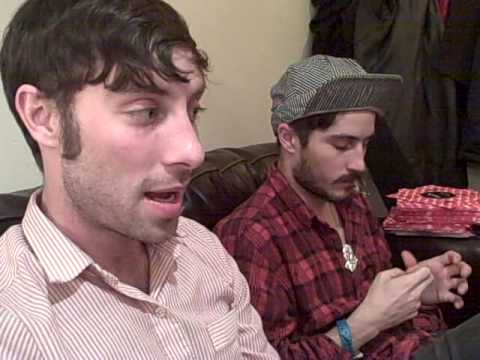