Janis Joplin’s music, personality and live performance, have always been so powerful to me as a person and a music fan.

When my wife and I were dating I found out she was also a huge Joplin fan so, after we had been dating for a year or so, I bought her a box set of Joplin’s music for her birthday. I thought it was a good way to consummate our relationship thus far.

And ever since, our love for music has continued to be something that we always share back and forth.

Keeping with tradition, this past weekend, Colleen forwarded me a YouTube video of Janis Joplin on the Dick Cavett show.

It was a captivating clip that made me sad to think what she might be like today were she still alive.

But the clip also reminded me of a crucial aspect of live performance that I haven’t thought about for awhile: the connection between physical excursion and emotional resonance during a live performance.

The clip begins immediately after her performance. Then as she walks off the stage and slowly catches her breath on the couch next to Cavett, her realness and transparency are amazing to watch as she talks about her life and music making process.

She chuckles with Cavett as they discuss her intense live show and how, during a show, she pulled a muscle and kept right on performing, not seeing a doctor until a few days later.

So what did I learn from Janis Joplin about the connection between physical excursion and emotional resonance?

Well, first, I learned that lyrics, sounds and visuals are all important parts of the live performance, and that they can all be the tipping points for a great show.

But I think the key ingredient is how compellingly an artist combines emotions with their own physiology during a performance is just as important. I mean, how much an artist gives of themselves physically on a deeply emotional level can truly transform an average show into the show of lifetime.

And I’m not talking about just running around onstage to create “fake or hollow” energy; the kind that inexperienced artists exude just to deal with their own nervousness and lack of stage awareness.

No, the kind of resonance I’m talking about is when an artist uses their body as a living and breathing emotional conduit to communicate the depths of human emotion. The kind of resonance that makes it crystal clear that we’re being told an emotional story that can only be told when the body, lyrics, and music all fused together to enrich and galvanize a song’s meaning within the heart of an audience.

When an artist like Joplin is fully and wholeheartedly genuine about how they use their body during a live show, the experience can inspire, save and revolutionize our lives.

Have any more videos?

Then send them along. 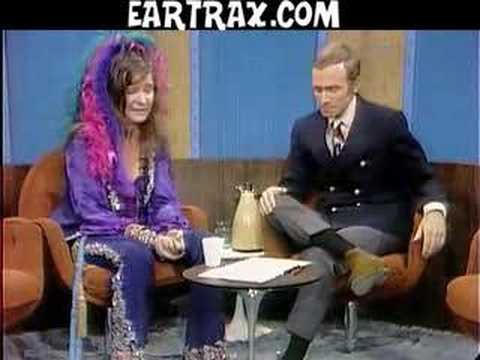