A few weeks ago I came across a theme within a string of several songs that sparked an idea.

And this idea led me to create a new Live Exhaust feature: Songs That Speak Science.

With STSS, songs–past or present– will serve as sonic petri dishes that we’ll use to illustrate or discuss a “scientific” aspect of a live show, whether it’s the song’s lyrics, video or subtext.

This video revealed to me the importance of largest organ of the human body: the skin.

First, it was the title of the song that caught my attention when I first heard it on the radio. Then the curiously opaque lyrics and their mysterious subtext drew me in.

But when I saw the video it all clicked for me.

From the flickering first frames, as they shrink wrap each other to the already shrink wrapped video props, to the final cut, I thought about what it would feel like to be wrapped up like that during a concert, and what impact that would have on how the music felt.

When I’m at concert and other fans are rubbing up against me or the bass is literally shaking and vibrating through me, my sense of touch is actually more important than my sense of hearing when it comes to truly hearing the music, or to use a better word, “feeling” the music.

Then I thought about how important the sense of touch is to live music. And how crucial a role our hands play in the making and feeling of music.

Fans thumb their cell phones and grab their beers.

It makes sense that our hands and finger tips are our biggest allies in creating music because they have the highest concentration of nerve receptors on our body. And according to library.thinkquest.org, “there are about 100 touch receptors in each of your fingertips.”

If players or fans couldn’t touch or feel then live music would be a complete bust and a bore for everyone. It would actually sound and feel as if the instruments and the band were covered in shrink wrap.

You spoke loud and clear when nobody voted for touch in The 5 Senses Poll. Would you like to reconsider?

What do you think about touch at a live concert?

Become the nature of the LE experiment and send in your ideas for an STSS song including the reason why you choose it. 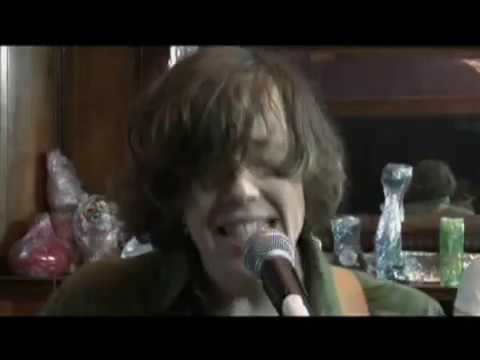