I was stunned and shocked.

And most of all disappointed.

A few songs into his set at the Hideout Block party last night, Chicago rapper Rhymefest abruptly stopped his set and walked off the stage, leaving the crowd hanging and wondering why.

I wanted to post this blog last night because I was so stunned but I thought I would sleep on it and see what thoughts would greet me in the morning.

Well, not much has changed and from my perspective here’s a short version of what happened last night.

After dishing a few tracks from his “Man in the Mirror: Michael Jackson Tribute” mixtape, Rhymefest began spitting an a capella rhyme about being close to death, a passionate rhyme I’ve seen him do before and adapt to the live show based on his emotional connection to the moment and how the crowd vibe is feeling.

And I should also note that Rhymefest seemed troubled from the start as he wasn’t at the top of his game and he clearly had something else on his mind.

…mid stream through the a cappella rhyme, he stopped, then a fan in the first row yelled “fuck that shit…”

And from my perspective the fan wasn’t trying to tear down Rhymefest’s heartfelt rhyme but the fan appeared to be simply echoing emphatically by commenting on the troublesome and emotional content of Rhymefest rhyme.

Rhymefest then went into a song from his last album “Brand New” but then all of a sudden put his mic down and left the stage.

The crowd stood confused as Rhymefest’s DJ Technique quickly whispered into the mic, “We out..”, closed his laptop, turned off his decks and left the stage.

It was an odd moment to say the least.

Besides being very disappointed at the short set, as Rhymefest was sharing tracks from the excellent Man in the Mirror mixtape Man in the Mirror, and the fact that he has been gaining more steam leading up to his new album supposedly due out this year. I was concern for him hoping, yes, for a show that would further his rep as one of Chicago’s finest emcees, but also hoping that everything was okay with him in general.

But it wasn’t so last night…

I’ll have to cruise the blogosphere to see what was going on with Rhymefest last night.

And I’ll be sure to include what I find here or in the final review that will run on Ink 19.

If you were at this show let me know what you thought. 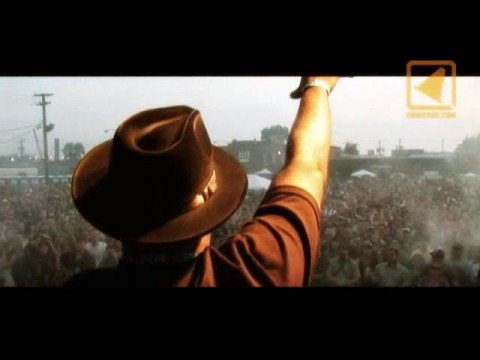