Music blasted from the speakers as 75,000 people roared their appreciation and excitement for the group on stage.

No, this wasn’t a pop music arena concert.

It was the end of the DNC.

Along with millions of other Americans, last Thursday, I sat on my couch and listened to Obama’s acceptance speech.

But I was also waiting to hear what music he would use after his acceptance speech reached its fever pitch.

As far as I’m concerned the Obama campaign swung and missed at a slider low and away out of the strike zone.

But like Josh Hamilton in the Home Run Derby getting served pitches from his high school coach and long time friend, Obama could’ve swung at a big fat juicy pitch right down the middle and really crushed the moment in to the parking lot at Invesco stadium.

And after all the Obama support I saw on stage this spring and summer, I was surprised that the Obama campaign went with Brooks & Dunn’s “Only in America,” instead of mining the mountain of creative talent that Obama had behind him.

Not many political campaigns have the crème of the crop at their fingertips when it comes to music artists backing him—Kanye West, Will.i.am and to new a few of the A-listers playing the actual DNC that week—and you think he could’ve found some other song than “Only in America” to cap off the DNC and solidify his presidential nomination.

Even Country Music Television questions the use of a song that is so closely associated with Bush’s 2000 and 2004 campaign.

And did history repeat itself forty years later outside the DNC?

And not according to this AP story about Rage Against the Machine’s headlining concert at the DNC.

Using terms like “laid-back” and “civil disobedience” didn’t make this DNC anywhere near as dramatic and chaotic as the 1968 DNC in Chicago which featured only one band; the MC5 and a whole lot more tear gas and billy club bashing.

Forty years later, the only remnants are a brief appearance by MC5 guitarist Wayne Cramer who sat in on their classic “Kick Out the Jams” track when Rage played it during the concert on Wednesday.

And judging by the initial reports, it looks like Rage’s Lollapalooza performance a few weeks back caused more of a crowd raucous than the Tent State festival, making Lollapallooza 2008 more reminiscent of the 1968 DNC than this year’s DNC.

But at least the DNC fans/protestors did what Lollagoers couldn’t.

DNC protestors were able to hold back their rage and save their energy “for the streets” as De La Rocha had instructed and pleading with fans at Lolla.

We’ll have to see how things go in St. Paul as Rage and others follow the GOP to the RNC for round two.

And, of course, from Gustav to McCain’s choosing of Paulin as his running mate, there’s a lot going on this week that’ll make the RNC, and their choice of campaign music, even more crucial to building support for McCain.

So what has been rockin’ McCain’s campaign?

Jackson Browne didn’t like the use of this song so he sued.

Edwards’ campaign song; John Mellencamp “Our Country.” A copy cat or just another mistep by politicians to use music that just doesn’t move anything?

“Raising McCain”, offered up by country singer John Rich of the Big & Rich Country band and Nashville Star. The title says it all. And I don’t think you’ll be hearing this at the RNC or anywhere near McCain’s campaign trail. It was tough listening to it just so I could tell you about it.

These conventions would seem like such a great opportunity to capture the emotion that live music can create, but so far the use of live music and a solid campaign song appear to have eluded the bright lights of the acceptance podium.

Even with all the Obama campaign support I saw this year at shows, and at the DNC– all the music that should have been fused into the actual mood of Obama’s speech or at least moments after it–was happening on the sidelines with off-site shows by Kanye West who added his own odd Obama supporting moments of his own with Jamie Foxx who played “Gold Digger” after a pre-song shout out to Obama’s nomination, so says Rolling Stone.

Ready for the RNC yet?

Here’s one more political campaign song goodie for you.

Back in March, NPR’s Sound Opinions featured a segment about the history of the campaign song.

The RNC is set to kick off today…

and we’ll see how much of a role live music plays, or if it’s just background sonic confetti that falls on deaf ears.

Hey, do political songs and music artist support at live shows do anything for you? 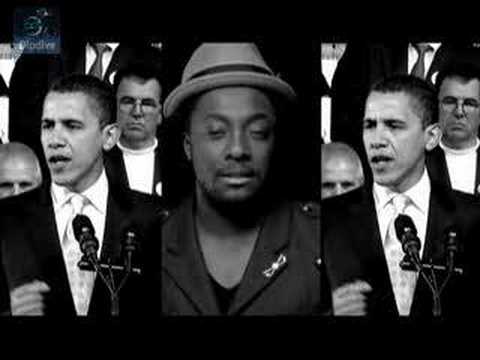 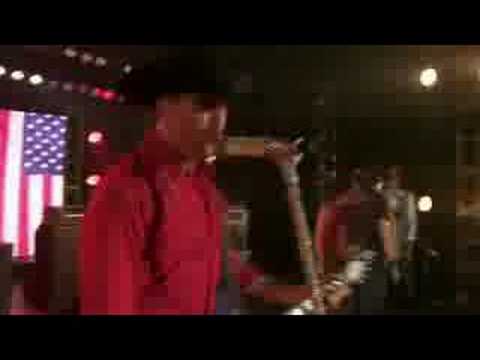