It never fails to surprise me. Like St. Augustine back in April, I now have to add Malcolm X to my list of unlikely rock critics and cultural journalists. That’s right. Malcolm X.

I was recently making my way through The Autobiography of Malcolm X and, among the several moments where I learned things about his “Detroit Red” hustler past which I knew very little about—I also came across several passages during with he describes the Harlem and Boston big band, jazz and lindy-hop scene of the late 30’s and 40’s in vivid detail.

So well in fact, that I have added him to my growing cannon of unlikely rock/cultural critics who have played other crucial roles in history but have also displayed a solid and stunningly deft ability to tell of and critique a time in live musical history, an ability had things turned out differently might have given Malcolm X a shot at writing for the Arts & Entertainment section of the local paper.

This short passage below takes place early in the book when Malcolm X explains a time when he was serving time as a shoe shine boy at the Roseland Ballroom in Boston, as he was watching the lindy-hop dances from the fringes. The book is collaboration with Alex Haley who worked with Malcolm X to write the book before he was assassinated. But nonetheless it shows that Malcolm X certainly had the chops to depict the intensity and surging emotions of a live lindy-hop music scene, which he would later immerse himself in as “Detroit Red” and sweep the girls right off their feet, as show in the clip below from the Malcolm X movie starring Denzel Washington.

Here’s how Malcolm X sets the scene after being awed by the entrance of the Benny Goodman band members at the expansive atmosphere of the ballroom scene circa 1943.

“There were a few couples already dancing under the rose-colored lights. But even more exciting to me was the crowd thronging in. the most glamorous-looking white women I’d even seen—young ones, old ones, white cats buying tickets at the window, sticking big wads of green bills back into their pockets, checking the women’s coats, and taking their arms and squiring them inside.”

Then he tells a bit of racial history about the dances and the culture surrounding them. “At the white dances, of course, nothing black was allowed, and that’s where the black whores’ pimps soon showed a new shoeshine boy what he could pick up on the side by slipping a phone number or address to the white Johns who came around the end of the dance looking for “black chicks.”….Most of Roseland’s dances were for white only, and they had white bands only. But the only white band to ever play there at a Negro dance, to my recollection, was Charlie Barnet’s. The fact is that very few white bands could have satisfied the Negro dancers. But I know that Charlie Barnet’s “Cherokee” and his Redskin Rhumba” drove those Negroes wild. They’d jam-pack that ballroom, the black girls in way-out silk and satin dresses and shoes, their hair done in all kinds of styles, the men sharp in their zoot suits and crazy conks and everybody grinning and greased and gassed.” …Some of the bandsmen would come up to the men’s room at about eight o’clock and get shoeshines before they went to work. Duke Ellington, Count Basie, Lionel Hampton, Cootie William and Jimmie Lunceford were just a few of those who sat in my chair.”

“…I never got any decent tips until the middle of the Negro dances, which is when the dancers started feeling good and getting generous. After the white dances, when I helped to clean out the ballroom, we would throw out perhaps a dozen empty liquor bottles. But after the Negro dances we would have to throw out cartons full of empty fifth bottles—not rotgut, either the best brands, and especially Scotch.

During lulls up the in the men’s room, sometimes I’d get in five minutes of watching the dancing. The white people danced as though somebody had trained them—left, one, two; right, three, four—the same steps and patterns over and over, as though somebody has wound them up. But those Negroes—nobody in the world could have choreographed the way they did whatever they felt—just grabbing partners, even the white chicks who came to the Negro dances. And my black brethren today my hate me for saying it, but a lot of black girls nearly got run over by some of those Negro males scrambling to get at those white women; you would have thought God had lowered some of his angels. Times sure have changed; if it happened today, those same black girls would go after those Negro men—and the white women, too.

“…anyway, some couples were so abandoned—flinging high and wide, improvising steps sand movements—that you couldn’t believe it. I could feel the beat in my bones, even though I had never danced.”

“Showtime!” people would start hollering about the last hour of the dance. Then a couple of dozen really wide couple stay on the floor, the girls changing to low while sneakers. The band now would be really blasting, and all the other dancers would form a clapping, shouting circle to watch that wild competition as it began, covering only a quarter or so of the ballroom floor. The band, the spectators, and the dancers would be making the Roseland Ballroom feeling like a big, rocking ship. The spotlight would be turning pink, yellow, green and blue, picking up the couples lindy-hopping as if they had gone mad. “Wail, man, wail!” people would be shouting at the band; and it would be wailing, until the first one and then another couple just ran out of strength and stumbled off toward the crowd, exhausted and soaked with sweat. Sometimes I would be down there standing inside the door jumping up and down in my gray jacket with the whiskbroom in my pocket, and the manager would have to come and shout at me that I had customers upstairs.”

It just goes to show the impact that live music has on history and I’m always floored when I come across passages like this where an unlikely person is describing the impact on their lives. It’s also a good point to make that rock critics and music journalist are not the only ones who can express what live music means to them or how it changed their life. 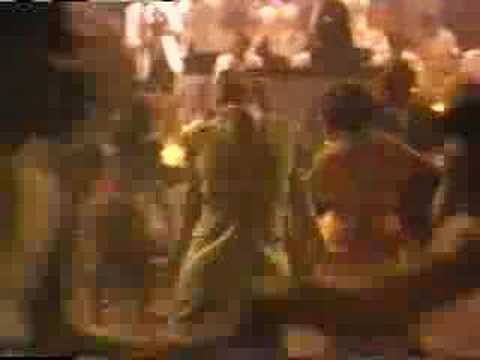