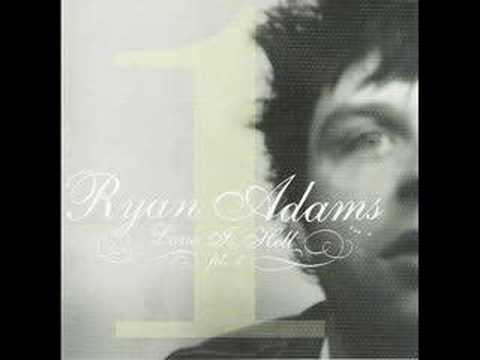 Warning: the language that Ryan Adams uses in this 2004 recorded voicemail he left to Chicago Sun Times rock critic Jim Derogatis is nasty and abusive, it is nonetheless highly entertaining, and a great introduction to this post.

I love when music fans express their disgust for a live show. It’s even better when a magazine prints the fan’s expression in their “letters to the editor” section.

Here’s a short comment from John King of Fishers, IN, a Paste Magazine subscriber/reader who attended a Ryan Adams concert and was extremely pissed at Adams’ behavior so much that he wrote a very funny and honest letter to the editors at Paste after he saw that Paste had decided to feature Adams’ on their cover.

“I recently attended a Ryan Adams show to which the performer was 45 minutes late because he was “at the mall shopping at Hot Topic” and “enjoying some good Chick-Fil-A.” Adam couldn’t maintain the show energy, taking extended breaks between songs,” indulging heckler with inane responses, changing his shoes, and then, after a bit more than an hour of music, the man tool a 30-minute break. So imagine my delight when I arrived home from the show to find him gracing the cover of my new copy of Paste (#37). As much as I hate to deface an issue of your great magazine, I’m about to give Ryan Adams devil horns and a fu Manchu.”

Then there’s a more recent example with Kanye West’s Bonnaroo performance last weekend. West’s Sunday set was moved from 8pm to 1am and then didn’t even start until 4:45am. According to AP, the crowd reportedly started yelling “Kanye sucks!” as the wait ensued and then a large majority of the crowd dispersed to their tents to sleep, tired and angry and without seeing the one show they came to see.

While I’m not sure if John King will ever attend another Ryan Adams concert or deface another Paste Magazine cover, we all know—as this West Bonnaroo story shows—that there is a limit to how much fans will put up with, and it’ll be interesting to see how this impacts the rest of West’s Glow in The Dark Tour , which returns to West’s hometown in Chicago for Lollapalooza in August.

We’ll be digging more into these types of situations, a part of the live show experience that I like to call “The Culture of the Wait.”

So what’s your limit in the Culture of the Wait?