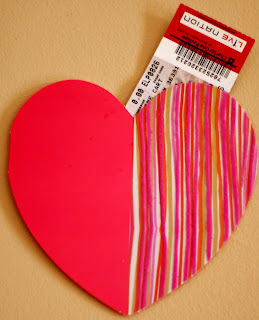 Consider this my Valentine’s Day, albeit belated, love letter to you my faithful Live Exhaust reader. Thanks to a greeting card company we have a whole day devoted to focusing our attention on a love-hate relationship and centuries-long love affair with live music. I hope there’s no love lost and only more loved gained as we dive into understanding why we love live music so much.

Mirroring the emotional aftermath of a day like Valentine’s Day is a similar onslaught of emotions that bombard us when we attend a live show. So what about these emotions that fire off inside our heads at the blink of an eye and the fire of synapses that send us into either complete euphoria or utter disgust? What about these emotions that are both an escape from reality and a roadmap to a deeper understanding of the music blasting from the speakers? Is there any point in having a deeper understanding of where you are emotionally at that given point in time, that second, that often frozen moment in time or does it just take away from the fun of moment? My answer to that question is obviously going to be yes since I have no fear in understanding the reasons why I love live music. I hope the same for you.

Lets start with three words or the three E’s as I like to call them—emotion, entertainment and escape—and their definitions which I’ve found to be present in the emotional impact of a live show.

I know I don’t usually come to a show with a blank emotional slate and as a concert reviewer I often find myself shifting between two emotional worlds; the fan and the critic. And sometimes it’s difficult to choose which perspective to let lead since one mindset cannot exist without the other. But if one mindset is allowed to run free without the other there to keep check then the review can loose all creditability and the reader can get lost and confused and the whole thing ends up being a complete waste of everyone’s time. Please don’t get me wrong, reviewing a show is one of my favorite things to do and I know I made it seem like some kind of belabored college thesis or homework assignment but its never really like that at all. True, certain elements of writing a review are difficult to meander through but when the review is done and ready to publish, albeit some uncertainly that I got it “just right” there’s a since of relief and it’s on to the next show, the next review.

Let’s leave the perspective of the reviewer and slip into the viewpoint of the fan and get back to answering our original question. What about those three words, entertainment, escape and emotion? And how much exactly do they influence our enjoyment (or not) of the show. Yes, you might find yourself at a show for a number of reasons; your date loves the band but you don’t; you won tickets or paid an outrageous sum on Ebay or to you local internet scalper to have that front row seat; your on the guest list of your friend’s band; or you just stumbled upon the show when traveling through a city and were looking for local show to past your last night in the city. In any case, you come to the show with a set of emotions (positive or negative), expectations (high or low or none at all) and varied degree of desire to forget the world you left when you entered the venue. In a sense, you want to be escape in the world of being entertained and completely forget your problems for the next two hours.

It’s a complex situation when you actually get inside the brain and the answers aren’t going to be found in this single blog post but we are going to take the first step which is to look at what the three E’s” mean in the context of a live show.

Entertained is described by Webster as “being amused or acting as a host to.” In a live show context (that your enjoying) being entertained means that what is going on in front of you on stage is pleasing in some way that it gives you enough pleasure and is diverting your attention, captivating you to the point that the band and their music has created another temporary world inside your brain that will most likely cease once the music stops. In a general sense, I’ve found that being entertained can be good and bad. Good in a sense that it relieves your brain from a certain amount of stress and allows you to relax and sort of regroup your thoughts. Bad because it can be so additive and pleasing and when a rock critics describes a good beat as catchy or a certain song or artist as a “guilty pleasure” they usually mean that the beat is so stimulating and enticing that it can be almost impossible to deny. This is usually at the heart of being entertained. And speaking of hearts, Valentines Day and live music wouldn’t exist if not for the dominant force of entertainment linked to the power of emotion.

The symbol of the heart for Valentines Day is a bit misleading when it comes to understanding emotion since most emotions usually begin in the brain; the cerebral nexus of input from our eyes, ears, and other sensory contributors. All of which are crucial to the intake of live music. Emotion as described by Webster is “a strong feeling.” And some common emotions I encountered before, during and after a live show—whether it’s Iggy Pop, Sonic Youth, Sage Francis, Kanye West or David Gray—usually fall into one of these categories excitement, disappointment, anxiety, fear, uncertainty, worry, joyful, etc. Some of those emotions come as a complete surprise and force me to face situations or feelings I’d rather not, either because they’re too difficult or I could not resolve them easily. For example, while at Lollapalooza (a show I was reviewing for Ink19) this summer during Modest Mouse’s performance of “Float On” I was confronted with sadness and grief because the song reminded me of a friend who had died because of a drug overdose. I stood in the crowd, pen and pad in hand, fighting away the tears for fear of crying in public but more so because I had my reviewer mindset firmly in place (or so I thought). In the final published review I didn’t write about Modest Mouse, mainly because I only saw have the set but looking back I think it was because writing about the performance would have entailed me crossing that line of fan/reviewer and forging into uncharted emotional territory that I was quite ready to explore. The other side of that moment was the fact that I had come to Lollapalooza to escape and, of course, be entertained and then write about it. Objectively, right? I hope so.

I don’t think it is any linguistic coincidence that these three words are link so closely. And When Webster describes escape (noun or verb) as “getting free from or away from” it says a lot about what most of us are looking for when we go to a live show. And anyone who’s served time in a crappy Joe-vs-the-Volcano-type job and then resonated with the commercials for Southwest Airlines knows the power of wanting to “get away.” The present state of boredom and/or hatred for the emotional status quo is so intense that you’re willing to do anything to change your emotional GPS immediately at any cost. You arrive at the venue and stand in line with ticket in hand and with such a longing and driving hope to abort and “get away from” whatever uncomfortable feelings you have, hoping that the music takes you psychologically someplace far far away from the present state of blah, or the opposite, you hope that the vibe you encounter in the venue and ultimately from the music mirrors you’re bursting excitement to hear your favorite song live and if the performance doesn’t then you find yourself in the same emotional company of those that are trying to escape feelings of sadness or disappointment.

I’ve read many reviews, and written a few myself that describe the line waiting outside and what the weather is and I’ve often wondered where each fan is emotionally when they hand over their ticket and find their seats. I think the situation is similar to the weather patterns of Chicago that are often summed up as “if you don’t like the weather just wait a few seconds.” The weather and emotions, in this case, aid in understanding our often constantly in-flux pre-show emotional state. And usually the best reviews somehow tap into, utilize and find a way to mirror or challenge the general emotional consensus of the crowd.

So the next time you’re at a show make a mental note of where you’re at and see what happens. Did your emotional state change during or after the show? I’d be interested in knowing what you find and what you think of the three E’s. I also hope you had a nice Valentine’s Day and spent time with the one you love, or at least went to a show to see a band you love.